Hollis Conway, a decorated Olympic athlete, will be the featured motivational speaker at the Welcome Supper of the All American National Junior Brahman Show in West Monroe, Louisiana on July 5, 2016, sponsored by the Brahman Foundation. 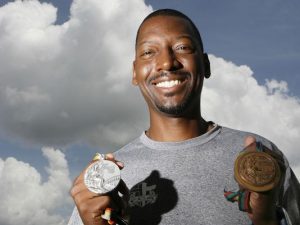 Since he retired from jumping in 2001, he has taken the same dedication he used to become a successful Olympic athlete to help others rise to the next level as a motivational speaker.

Conway is a dedicated husband, father and ordained minister. Conway has authored two books, Yes I Can and Grasshopper. He is also the president of a non-profit motivational speaking company, Overcoming Obstacles, Inc.